We’ve been banned from giving showers at HealthSouth now. When you walk into Mommy’s room you now see “SHOWER ONLY WITH NURSE ASSISTANCE!” written on her message board in big bold black letters.

After all, Daddy and I thought we did a pretty bang up job helping that night. We were actually pretty darn proud of ourselves considering we have no real training in the medical field. We all survived the event…..only one of us came out of it with a headache. And if someone had just brought the FULL bottle of shampoo from home, then I wouldn’t have had to violently shake the last bit of the contents out, smacking a certain someone on top of the head.

Who in the world smacks someone in the head with a hard plastic bottle after brain surgery?

It cracked us all up. Maybe a little too much. I think I was 6 years old the last time I peed with my Dad in the bathroom with me. The three of us were laughing so darn hard it was either that or wet my pants. I figured this was more dignified.

So lessons were learned all the way around that night for everyone. Momma learned to never allow Daddy and I to give her a shower. Daddy learned that a very light shampoo bottle is probably an empty one. I learned that smacking yo momma after brain surgery results in her getting a lot of oxycodone and that her PT’s don’t really like that. I did feel horrible by the way.

Another little tid-bit that we learned that night is that Momma has been adopted into the HealthSouth Mafia by the “Don” himself and she’s now the “Queen”. (Momma…we’re Scottish, remember?)

Daddy and I haven’t officially met him yet but we’re looking forward to it.

From what we’ve been told, yellow and red clothing are the preferred colors to wear. And nightgowns are auctioned off for hush money. After she told us this I did go looking for her nightgown from the previous night and found it in her hamper. And was very relieved to have found it. Brain games. It’s a pretty amazing organ, huh? I wish now I had payed more attention in science class.

Can you believe they’ll be married 47 years this November?

She does tell some amazing stories now so we just go along with them. She believes them all to be true and we can’t see the harm in letting her. After all, it is her reality. Who are we to take that away? GBM has already robbed her, and us, of so much.  Each day brings new challenges. Sometimes she remembers Daddy and I visiting with her, other times she doesn’t. But she still knows that we adore and love her, and that’s all that matters.

“And now these three remain: faith, hope and love. But the greatest of these is love.” ~ 1 Corinthians 13:13 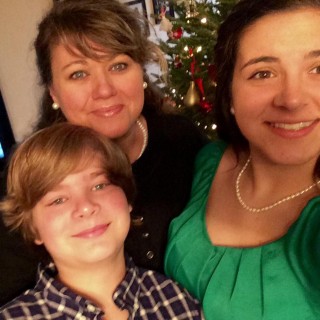 I'm a wife, mother and daughter trying to navigate life in a brutifully fallen world with a death-grip on Jesus. This is my life as I try to be the best wife I can be, survive the teenage years (again) with my kids and learn to be a caregiver to my Mom and best friend who was diagnosed with brain cancer (GBM).